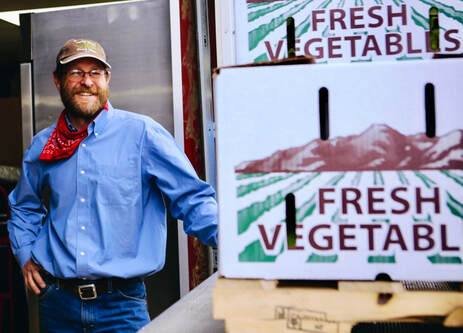 About our logo:
Across the Four Elements: Earth, Air, Fire, and Water and Six Kingdoms of Life: Bacteria, Fungi, Algae, Archaea, Plants, and Animals, humanity has the tools and resources it needs to build an equitable standard of living for ALL Earth's inhabitants.  The Four Element icons are based upon the ubiquitous principles from classical alchemy, while the six kingdoms draws from the understanding of the Gaia hypothesis as developed by James Lovelock and further animated by the late biologist Lynn Margulis.  As the waste from one kingdom is food for another, the symbiosis of nature as applied to human endeavors also draws upon the work of Gunter Pauli and the ZERI network. 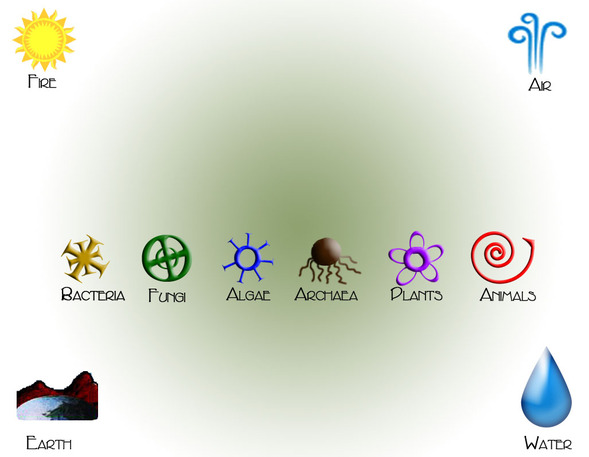 EARTH: Representing all things solid, earthbound, and the products that can be made from it (pipes, homes, metals).  Earth also represents one of the three phases of matter: the solid phase.

FIRE:  Of course the sun as the principle impregnator of energy into Earth's biosphere, but it also represents the fire that heats homes, the crucible of industry, and the spark of inspiration

AIR:  AIR represents the atmosphere of various gases that supports the biosphere, the ability for liquid to transform into gas, and the release of gases from earthbound processes including respiration and chemical release.  AIR represents the gaseous phase of matter.

WATER:  That ubiquitous yet scarce element vital to all life, representing all things liquid, and useful for carrying, dissolving, and separating the fine from the gross.  Water represents the liquid phase of matter.

BACTERIA:  Food producing soil is what it is because of many of these kingdoms, but significantly bacteria are responsible for chemical transformations, degradation of organic matter, disease suppression, fixing atmospheric nitrogen, and nutrient transformations.

ALGAE:  Algae are a very old, carbon consuming, and oxygen producing life-form.  They are the base for many food chains, replicate rapidly by cellular division, and efficiently convert sunlight, nutrients, and CO2 into oils and carbohydrates, and in some cases hydrogen.

FUNGI:  Fungi can make food out of what most other life-forms cannot utilize.  They may be more closely related to animals than even plants.  The largest organism on Earth is the great fungal networks within soils.  Yeasts and molds to make alcohol, rise bread, culture cheese, and produce antibiotics are all types of fungi.  They are abundant on most every ecosystem on Earth and have a very important symbiosis with plants.

ARCHAEA:  Archaea are one of the oldest organisms on Earth and are known as extremaphiles because they can live and thrive in harsh environments: lava vents, hot springs, and anaerobic (without oxygen) conditions.  Strangely enough, they are also closer related to plants and animals than they are to bacteria.  All methane-producing organisms are Archaea.

PLANTS:  The mass colonization of plants on terrestrial Earth was one of the greatest revolutions in history.  It provided the conditions which animals, such as humans, could exist.  Together with algae they are ultimately responsible for most of the energy banking, carbon sequestering, and oxygen release in the biosphere, as well as providing much food, materials, and water cycling.  The intimate relationship they have formed with animals via pollination and seed dispersal has enabled them to thrive while supporting other life-forms.  The plant root association with various fungi also enables them to contribute to fixing atmospheric nitrogen in soils.

ANIMALS:  Animals are the group of life-forms that have given rise to tool-using, city- making, abstract-thinking humans.  Other animals can also be efficient converters of plant matter into other value-added products that humans can use (food, fiber, fertilizer), as well as play a vital role in ecosystems.  They can provide one of the most stable, long standing, and  efficient forms of biofuel via horsepower, as well perform other valuable functions such as pest control, forest stewardship, and great displays of intentional and abstract beauty and grace.